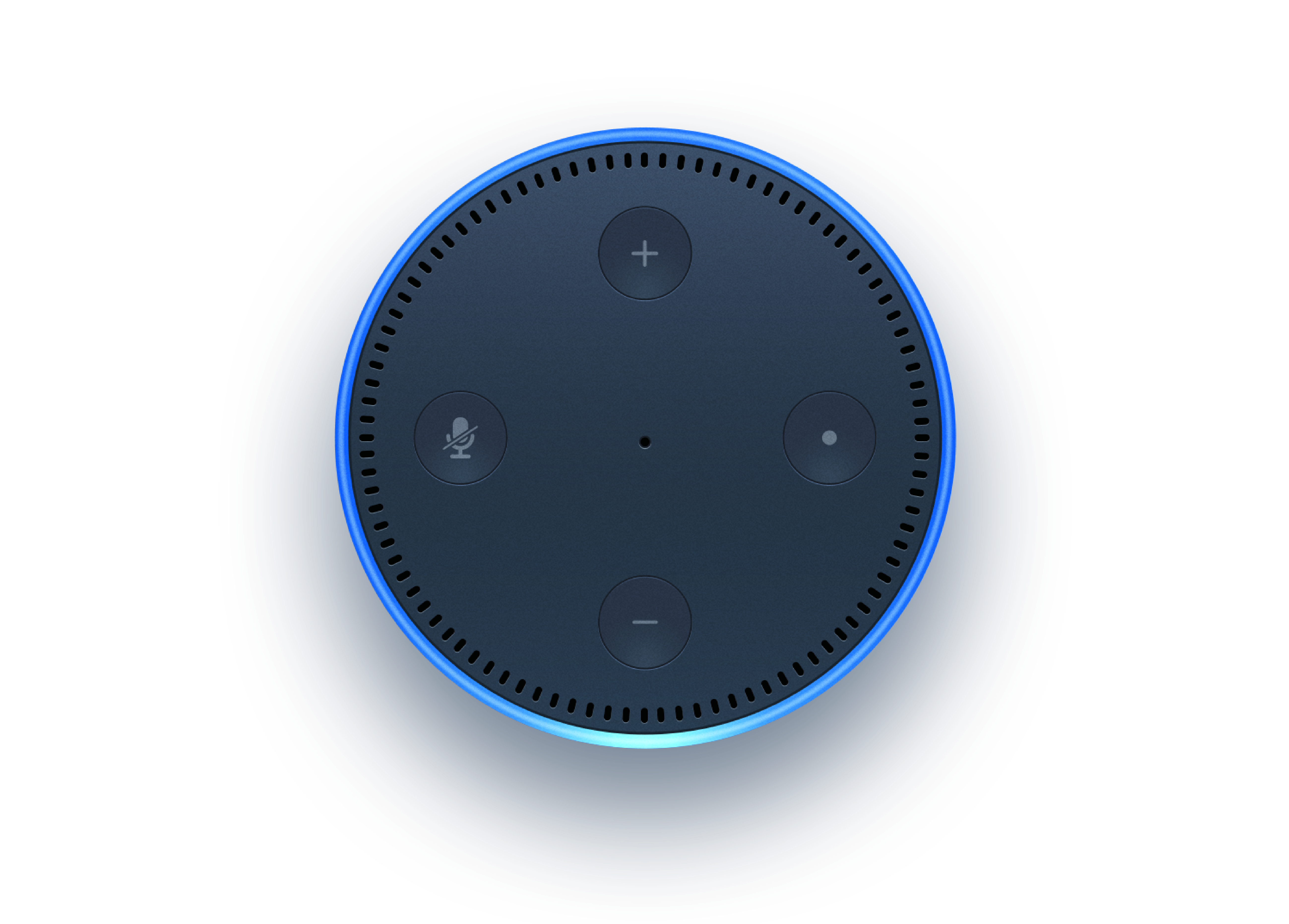 Hacking Pediatrics at Boston Children's Hospital hosted a hackathon as part of the Voice.Health conference, where my team was tasked with developing a voice skills based off the prompt "prep for certain procedures (e.g. cast removal, etc.) with instructions and images"

My team and I developed an Alexa voice skill to help families prepare to return to Children's for allergy testing. Allergy testing is a laborious process with steps that need to be carefully followed, often months after the patient/family receive initial instructions from their care team.

The team began by brainstorming types of problems that could be relevant to voice assistant preparation. We settled on allergy food challenges due to allergy expertise in the group and the fact that food challenges are scheduled so far in advance and require very specific preparation. 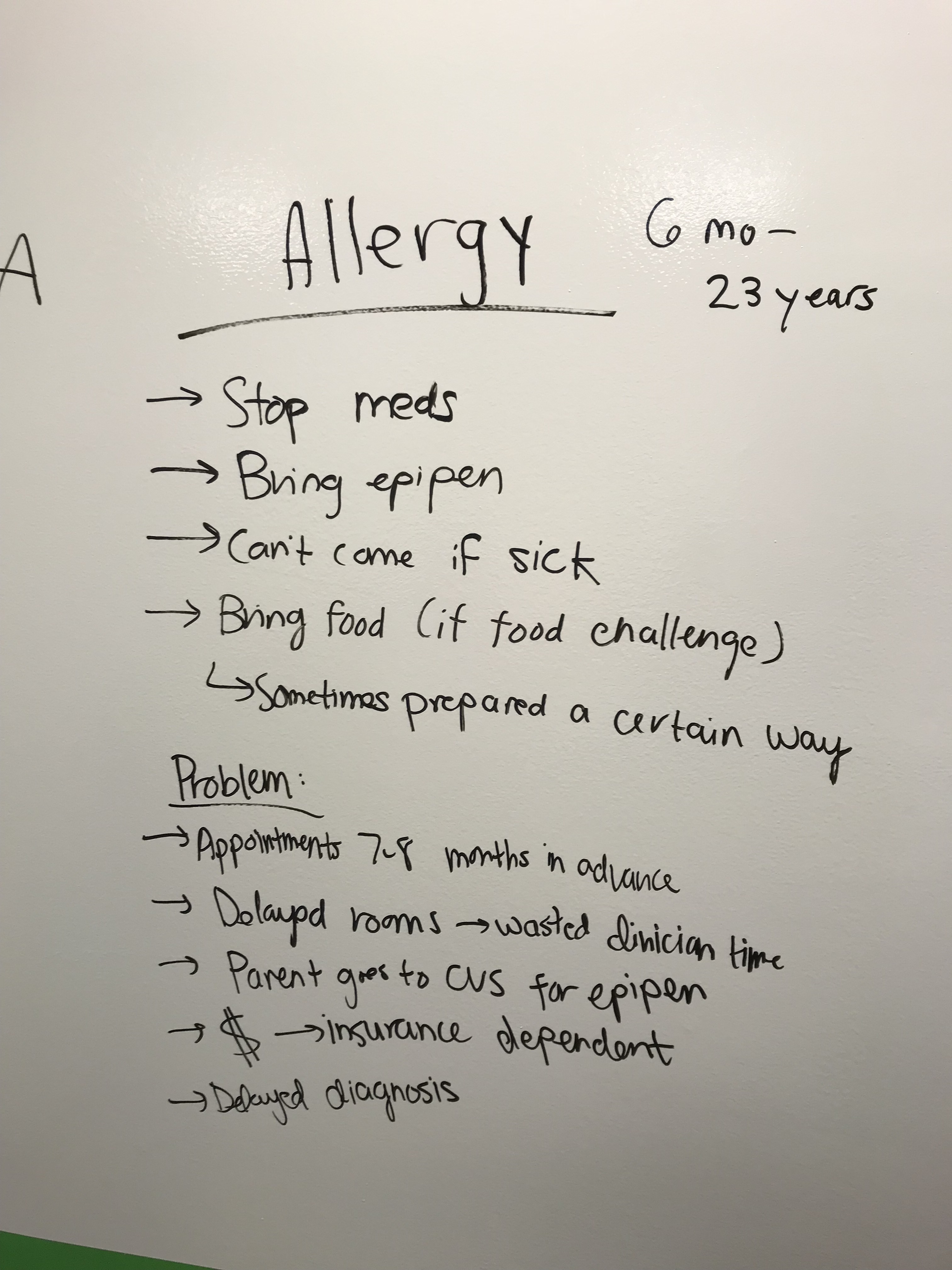 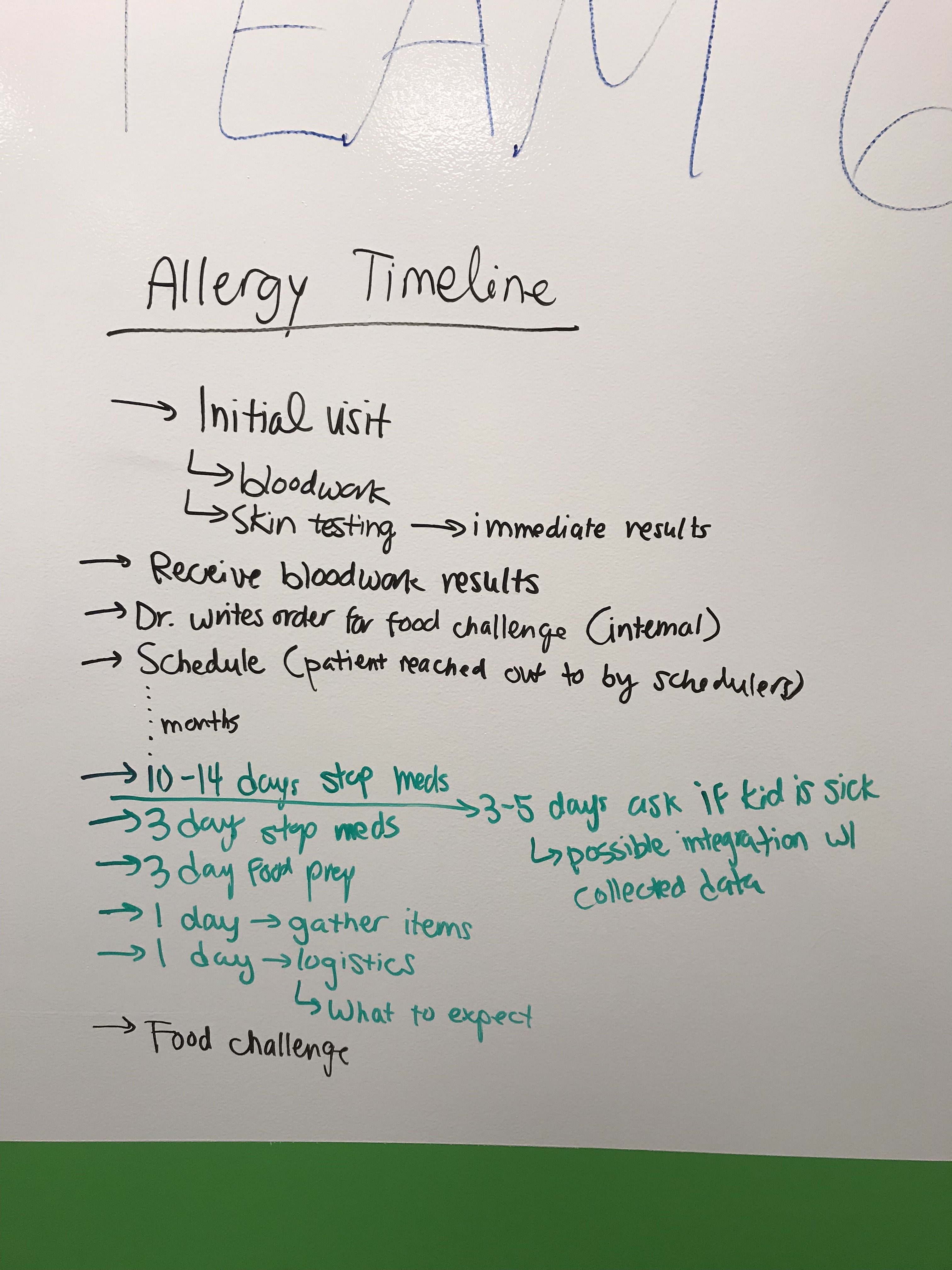 Once we mapped out the specific steps of the process we began writing the script for how the user would interact with the Alexa device. We wanted to design an interaction that would take the burden of remembering preparation details off of caretakers, allowing them to focus on other aspects of their life. We envisioned this voice skill would take advantage of notifications, but since Amazon has put hold on their development, it could be part of the daily briefing instead.

The deliverable for the hackathon was a short video showing how the voice skill would function. Using a combination of stock video and shots we filmed in the conference room I edited together the below video, attempting to capture an ideal scenario in which this voice skill could help families preparing for an allergy challenge.

This project was my first experience at a hackathon and designing a VUI. I really enjoyed working on a team (and learned a lot from working with people I'd just met) and it was interesting to design for voice interactions considering their conversationality, as opposed to in GUI where I'm considering efficency of interactions.