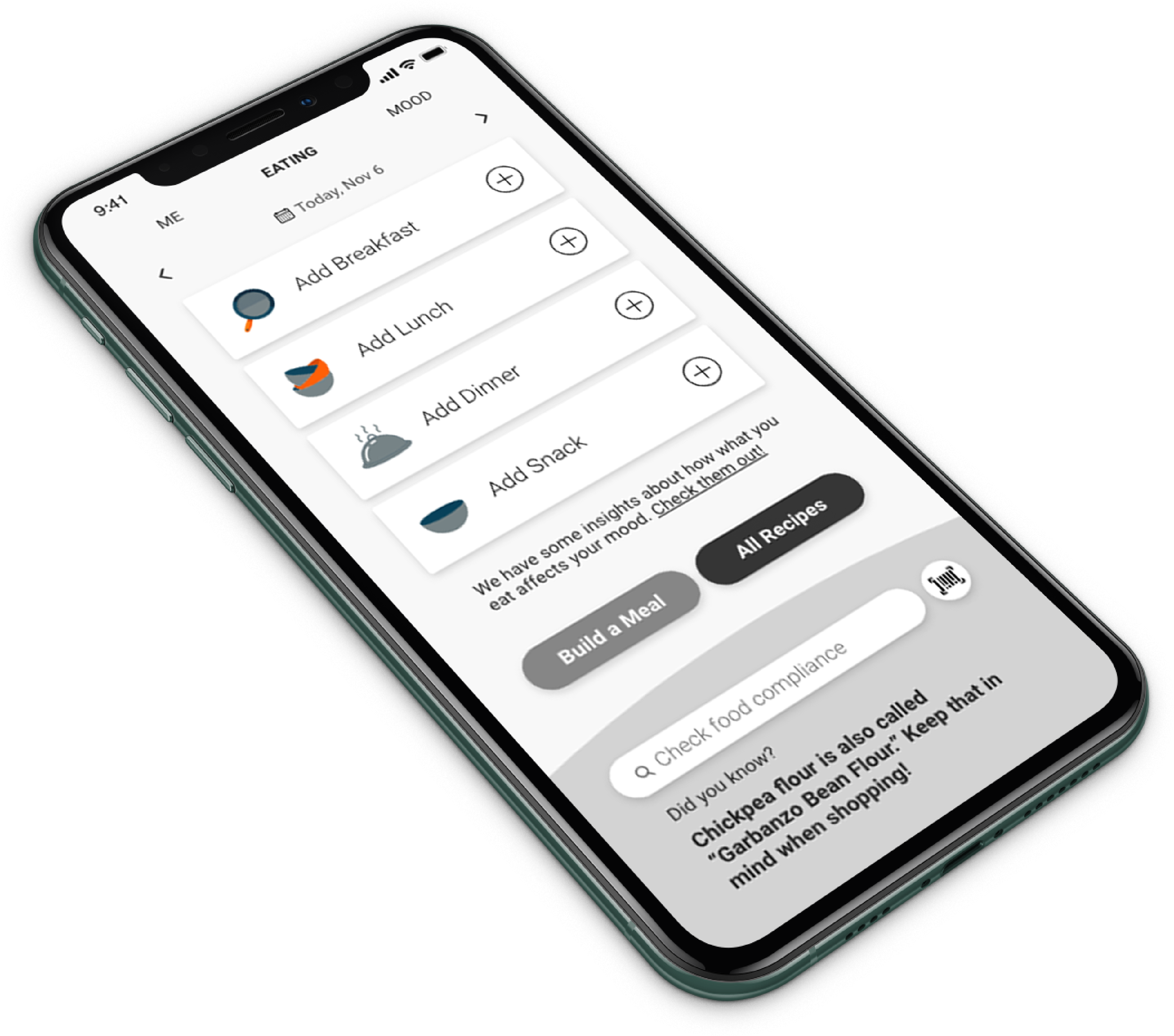 This project took the research and program from Dr. David Ludwig's groundbreaking book Always Hungry? and converted it into an app to help participants track their behavior and progress. Dr. David Ludwig and chef Dawn Ludwig were chosen as part of Boston Children's Hospital's Innovation & Digital Health Accelerator program.

In Always Hungry?, Dr. David Ludwig explains why traditional diets fail, and provides a new way of eating to help people lose weight without hunger, improve their health, and feel great overall. In the accompanying cookbook, Always Delicious, chef Dawn Ludwig provides dozens of recipes that fit into the Always Hungry? way of eating as well as templates for creating your own meals.

The book "Always Hungry" contains guidelines that are hard to remember, making the way of eating difficult to follow, and limiting participant success.

Create a mobile app to help users follow the guidelines of the Always Hungry way of eating, while also helping them learn and internalize the lifestyle.

When I was put on the project, it had already been decided that the solution would be a mobile app, but I was tasked with determining the features. I began by running a Google Survey in the Always Hungry Facebook group. 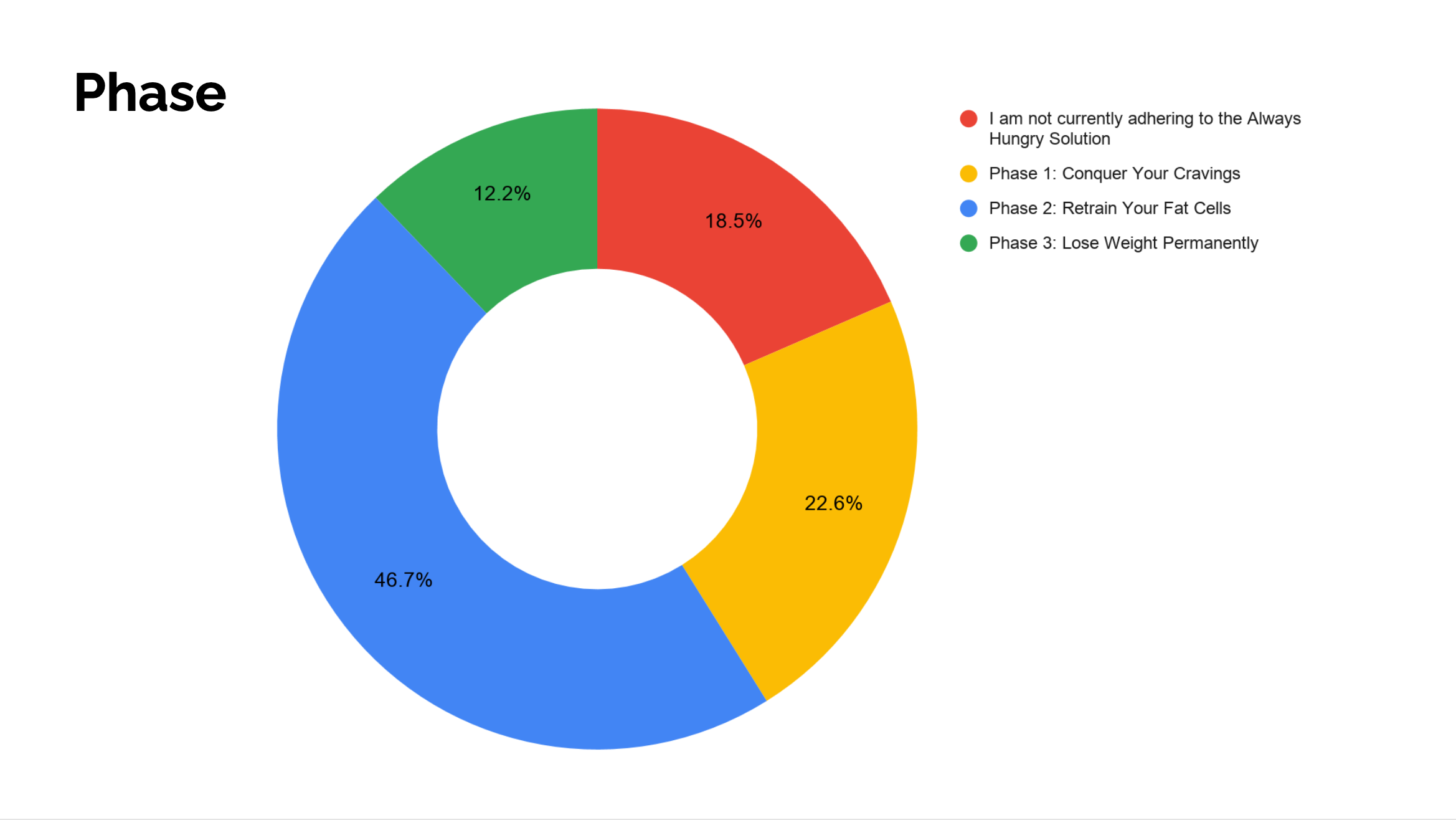 The AH program is split into 3 phrases. We received responses from people in all phases of the program, and those not participating. 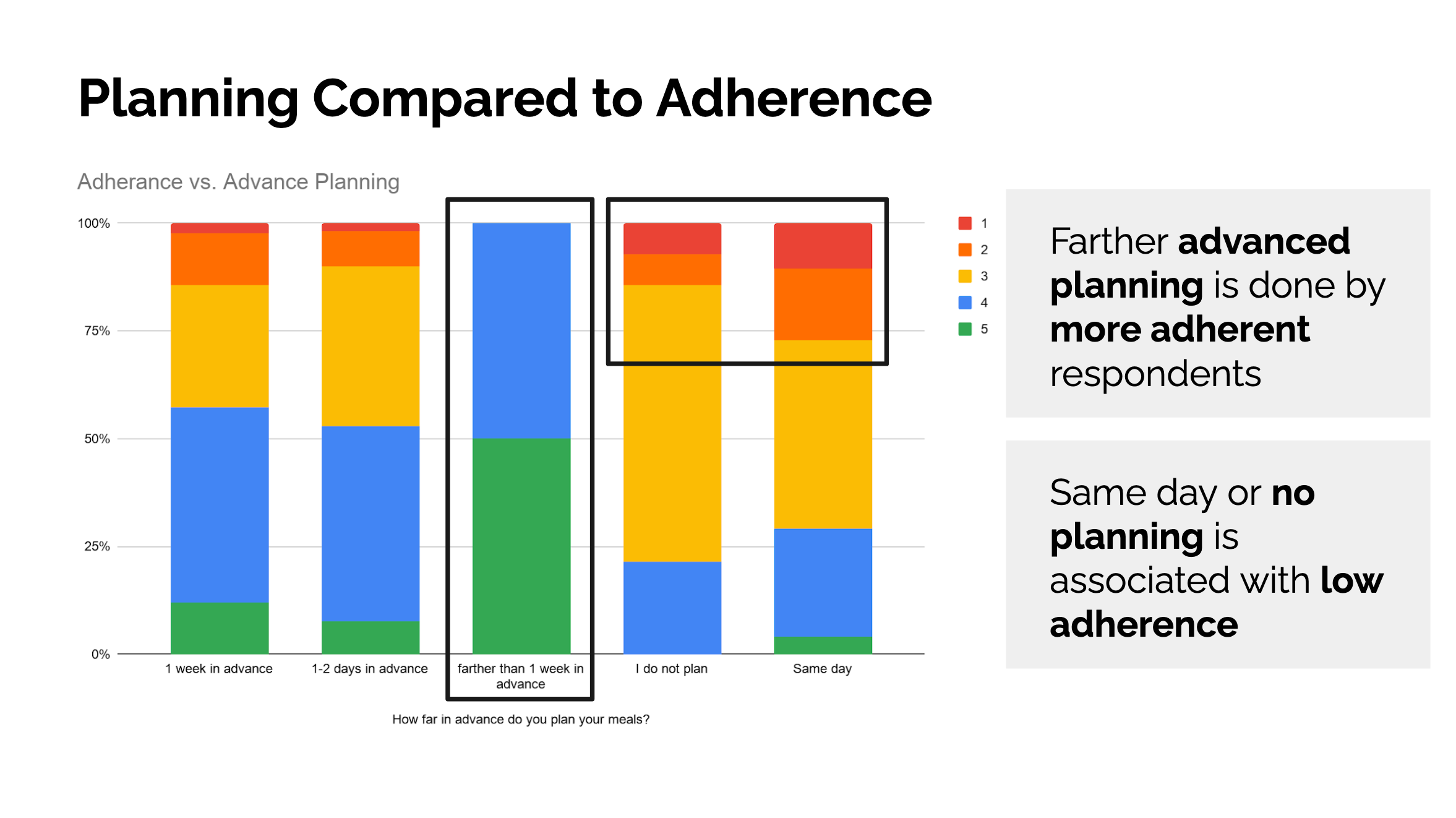 Preparation is a key tenet of the program. We found that participants who adhere to stricter planning generally found more success. 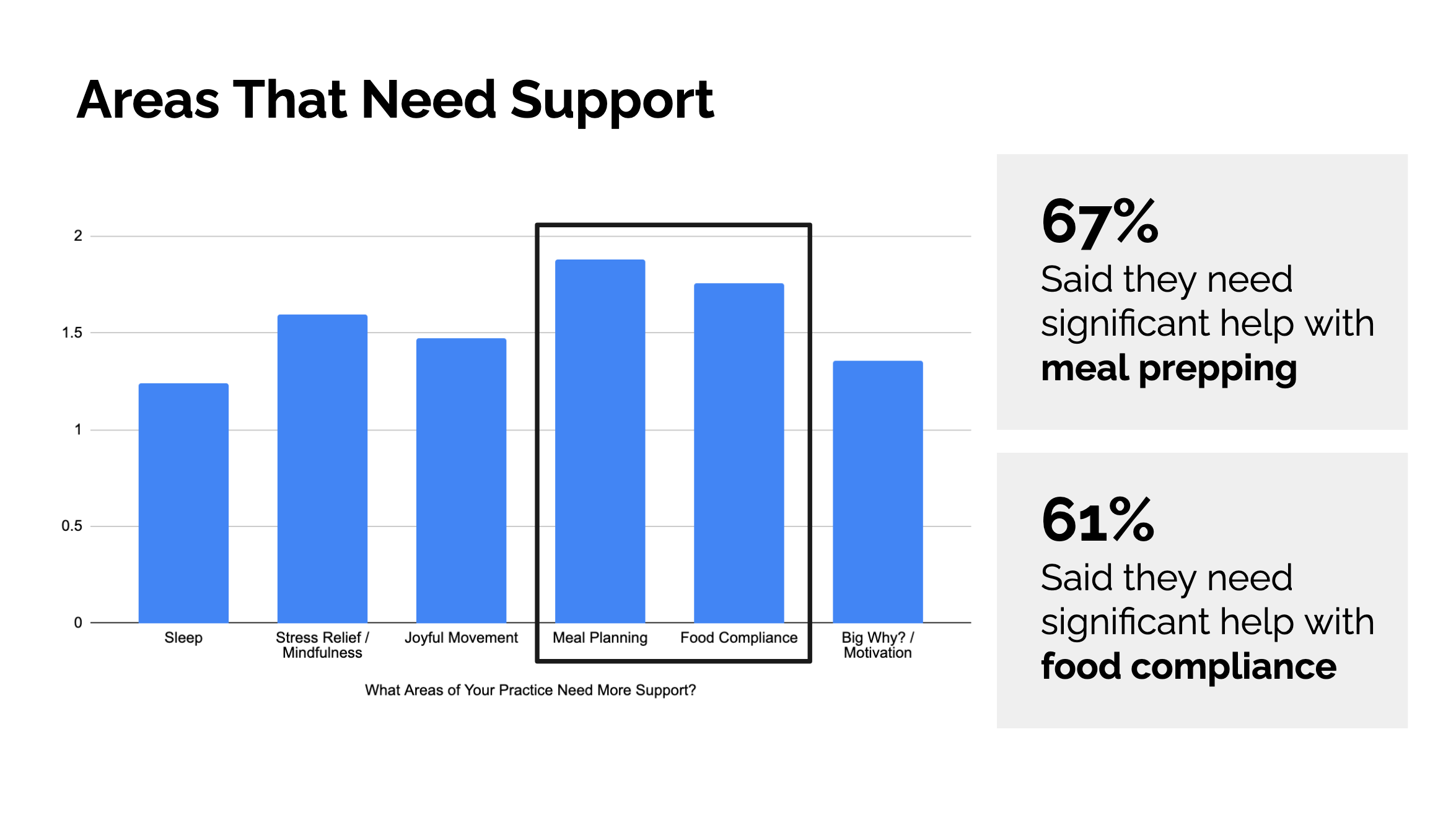 The AH program has many components. We found that most people indicated needing support with meal planning and compliance. 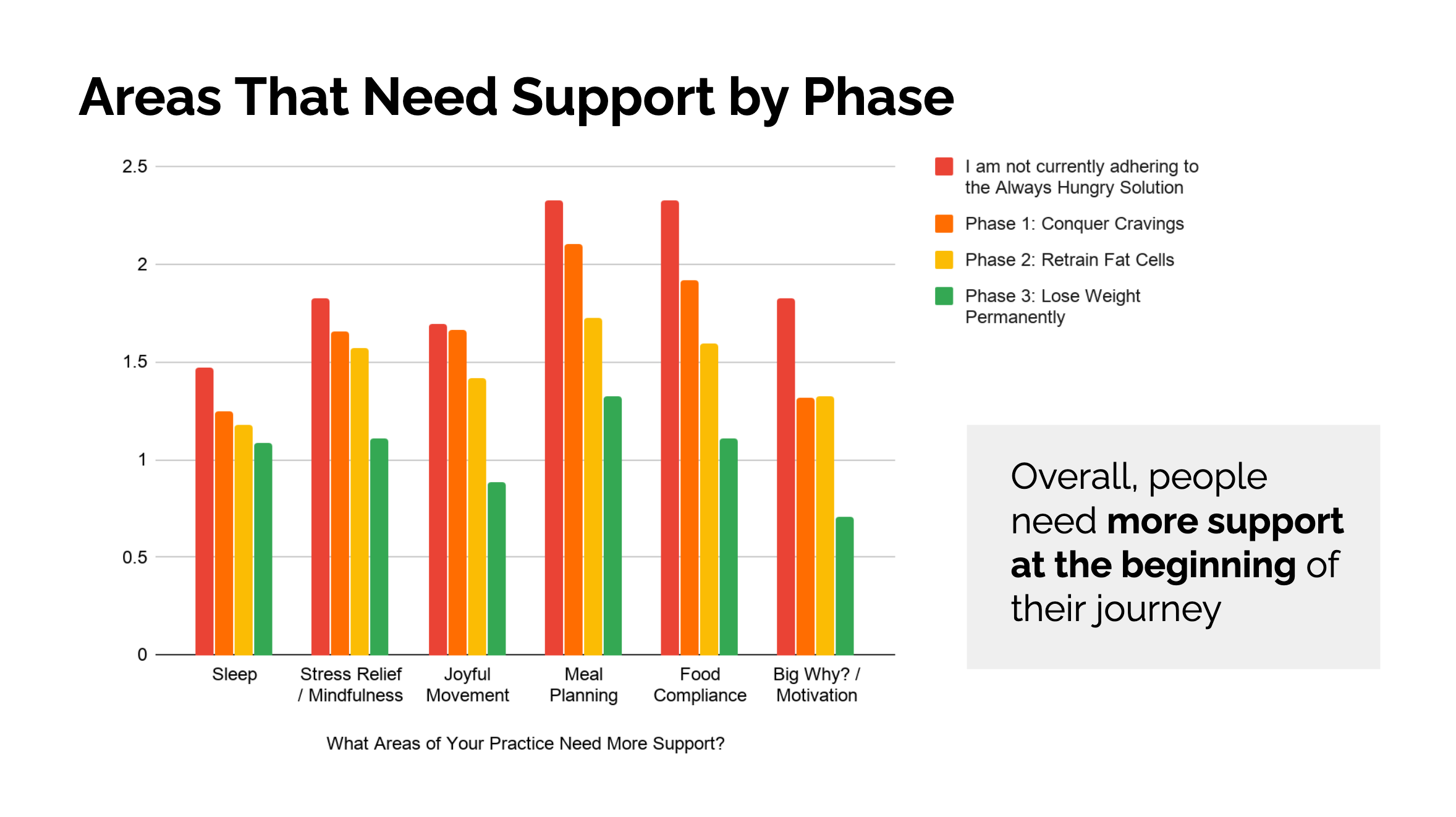 We found that people rated their need for support more highly the earlier in the program they were. Those not currently adhering particularly needed help getting started.

After conducting phone/video interviews with a number of participants, I created personas to represent the diverse types of users the app might have and began prioritizing the features they would benefit from. 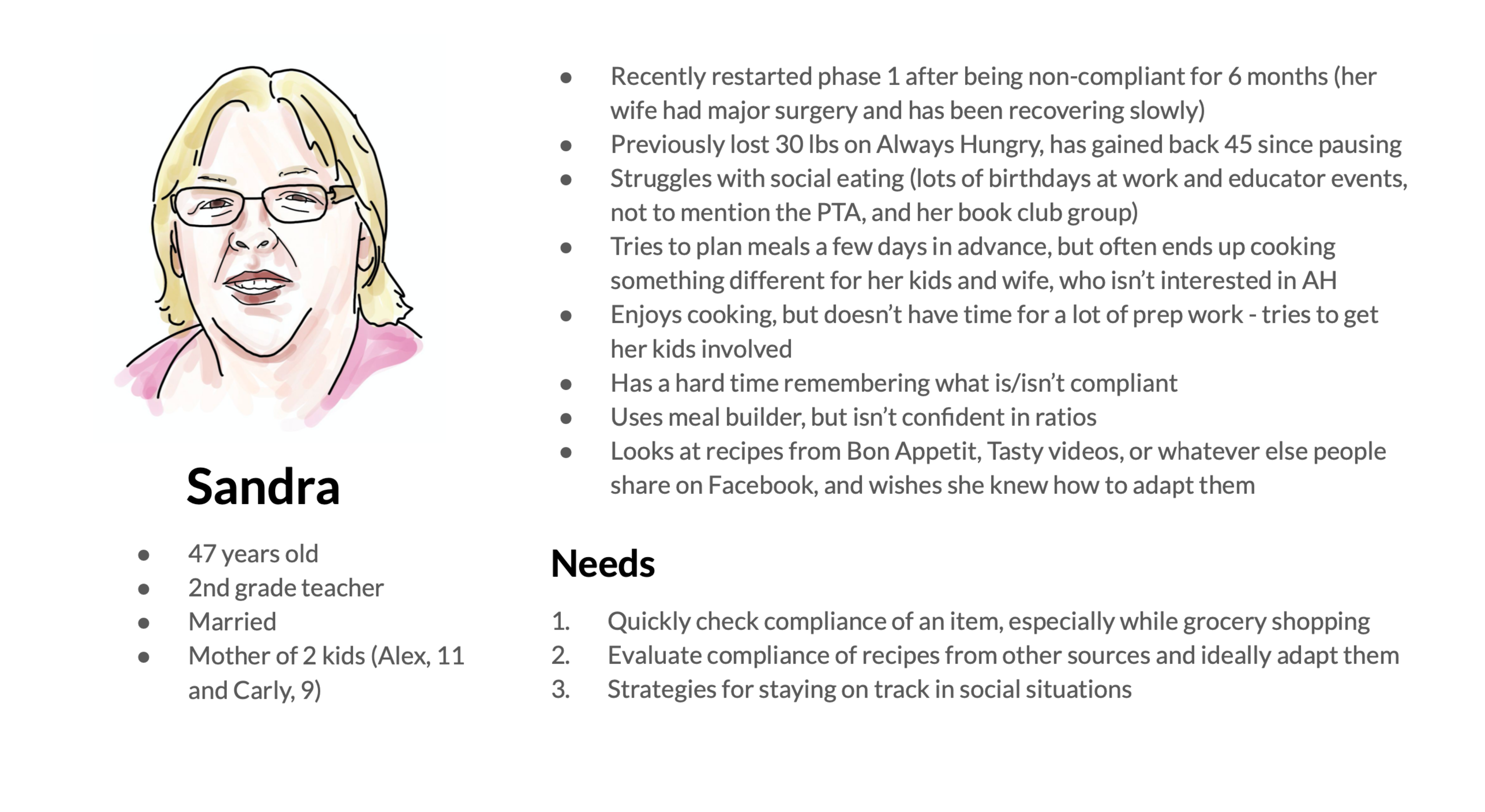 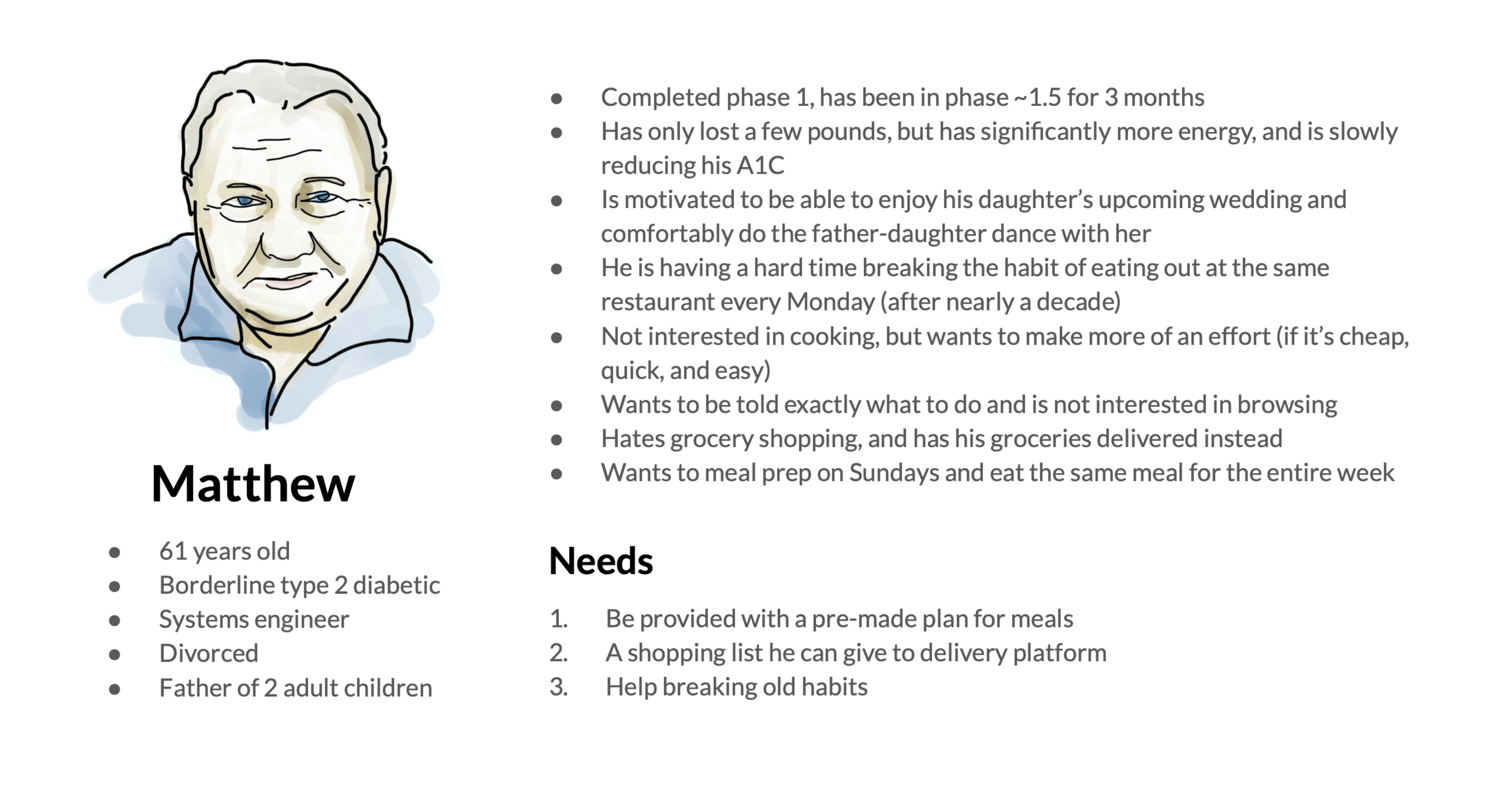 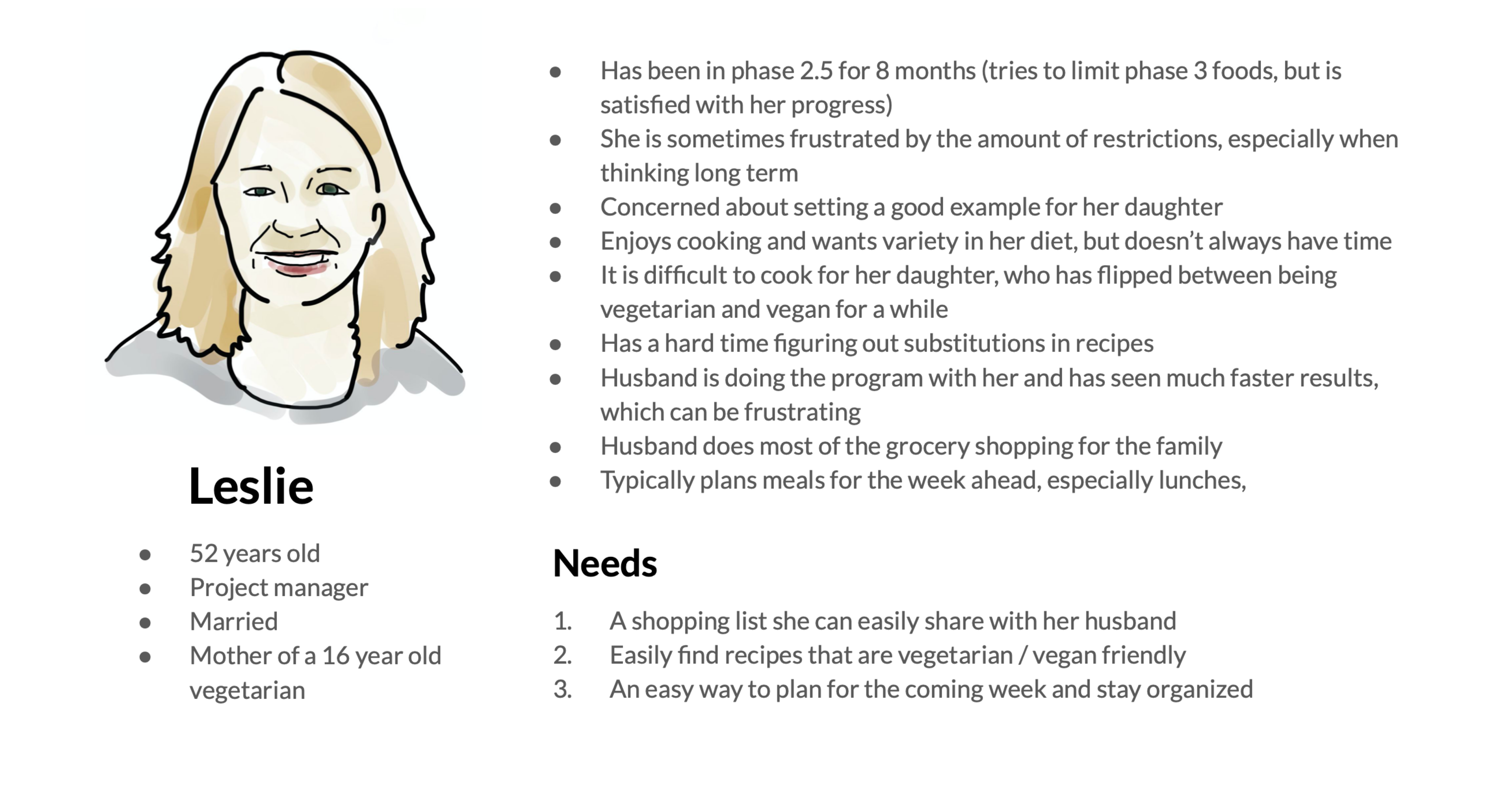 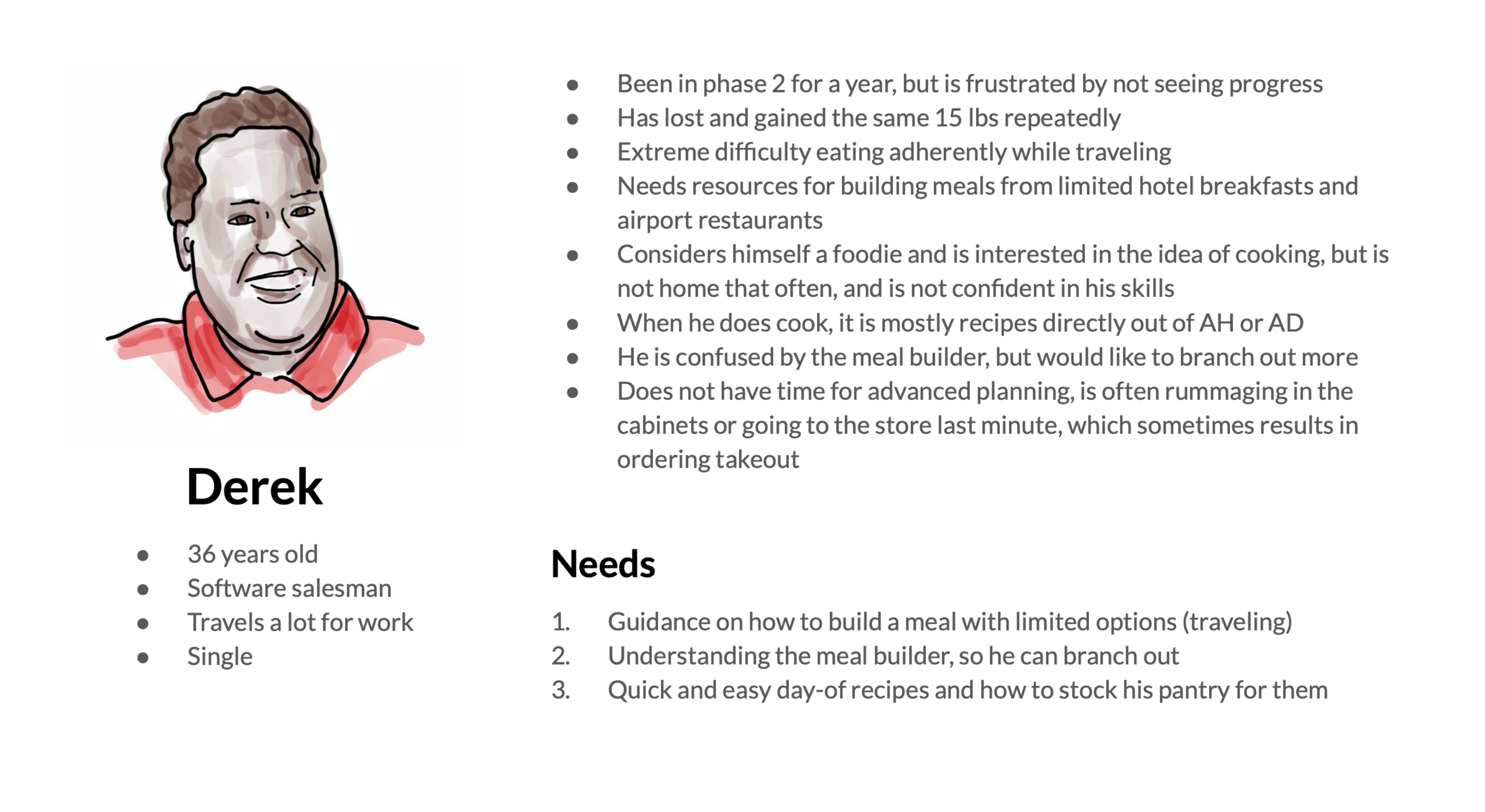 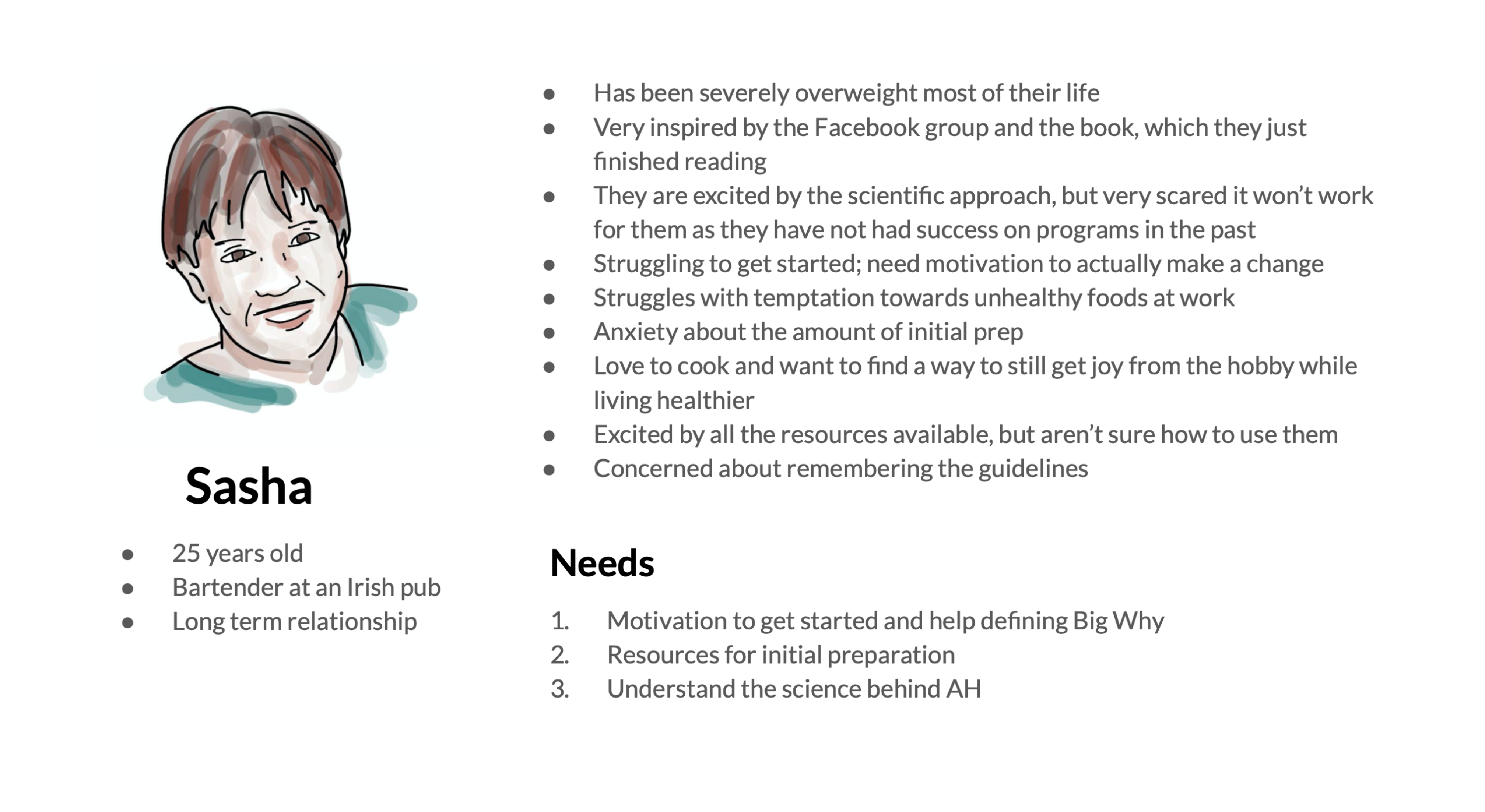 The main objective was to design an app that put the key features front and center and was gamified in such a way to keep people coming back day after day, so that they eventually internalized the habits. 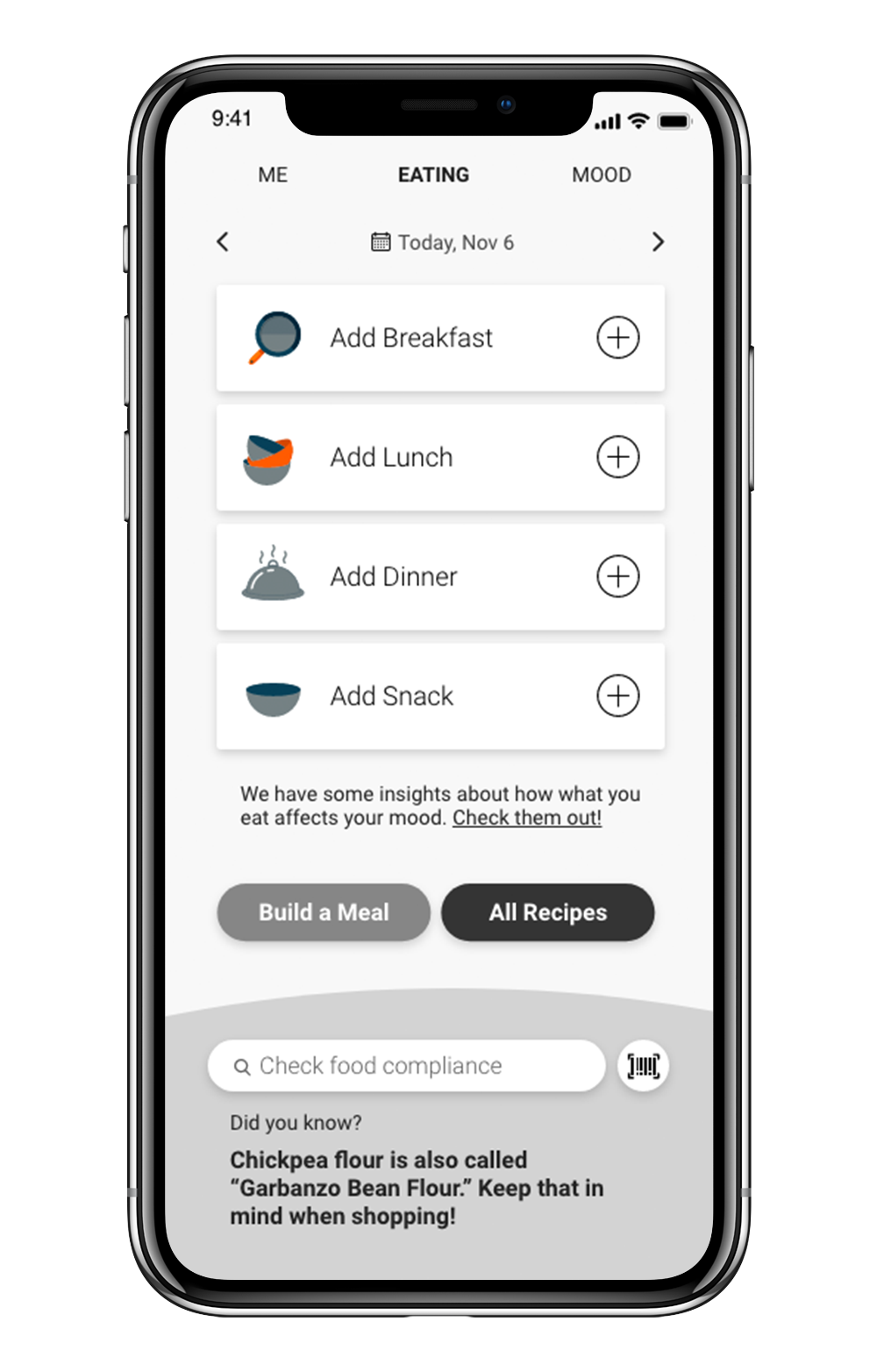 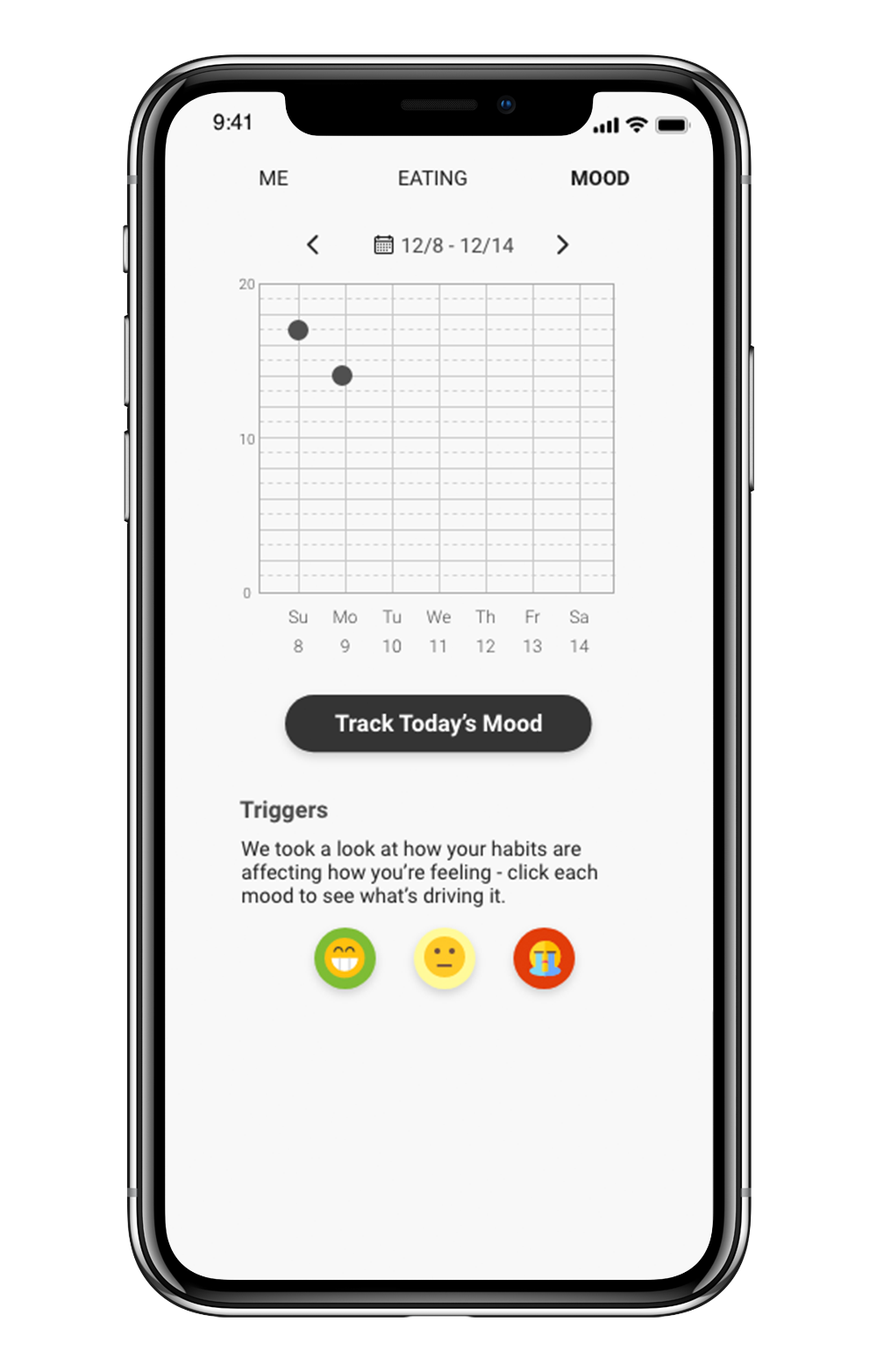 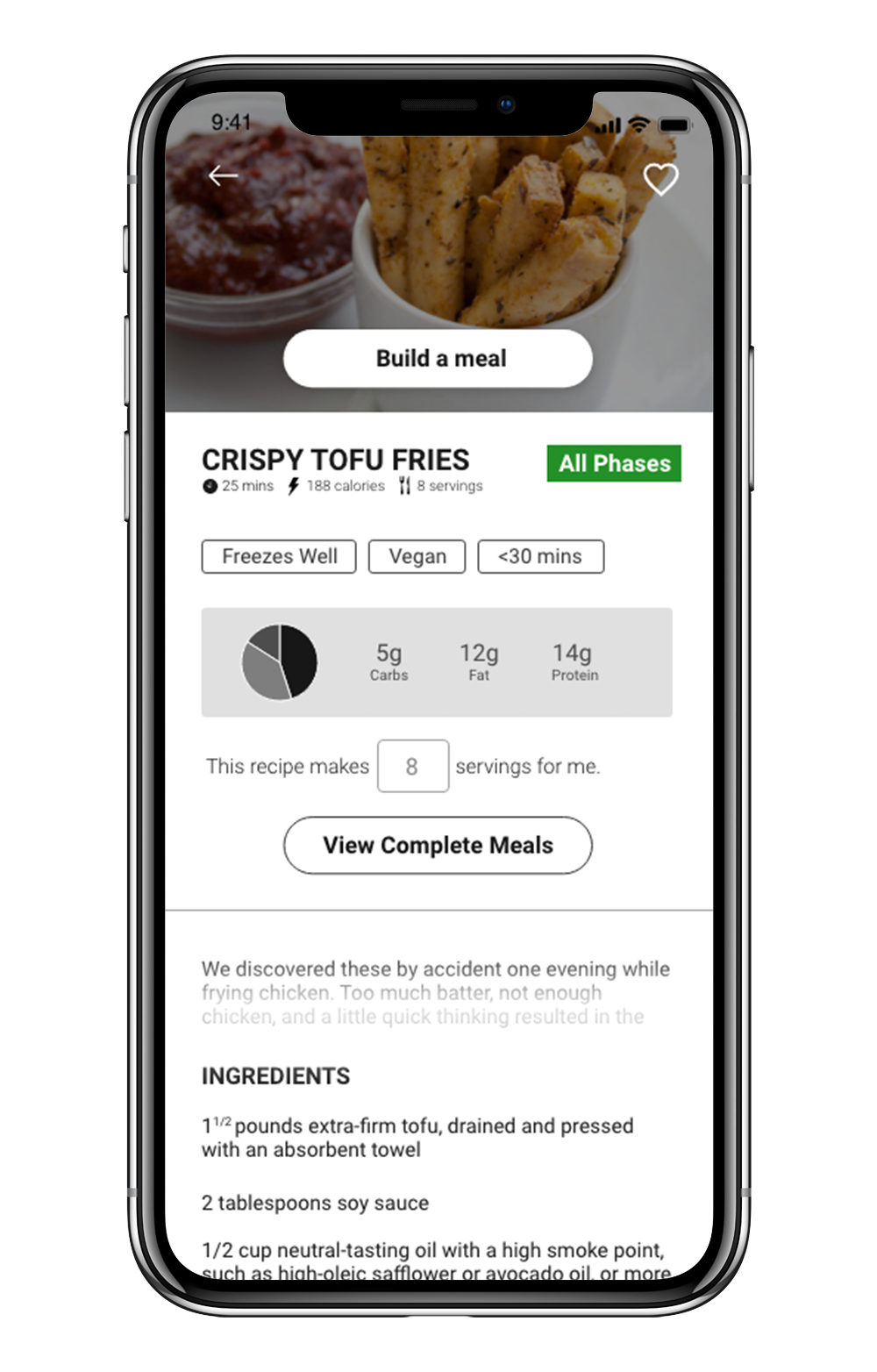 We prioritized a simple food tracking mechanism as well as a lifestyle/mood tracker from the book. We also digitized Chef Dawn's recipes.

We heard from many users that one of their largest challenges is not knowing what items to buy because they didn't know the compliance of an ingredient.

While there are no foods that aren't "allowed," foods are categorized into phase 1, 2, or 3 so users can make an educated choice about what will work best for their body.

We considered barcode scanning for packaged items, but ultimately pushed the feature out of MVP due to technical considerations. 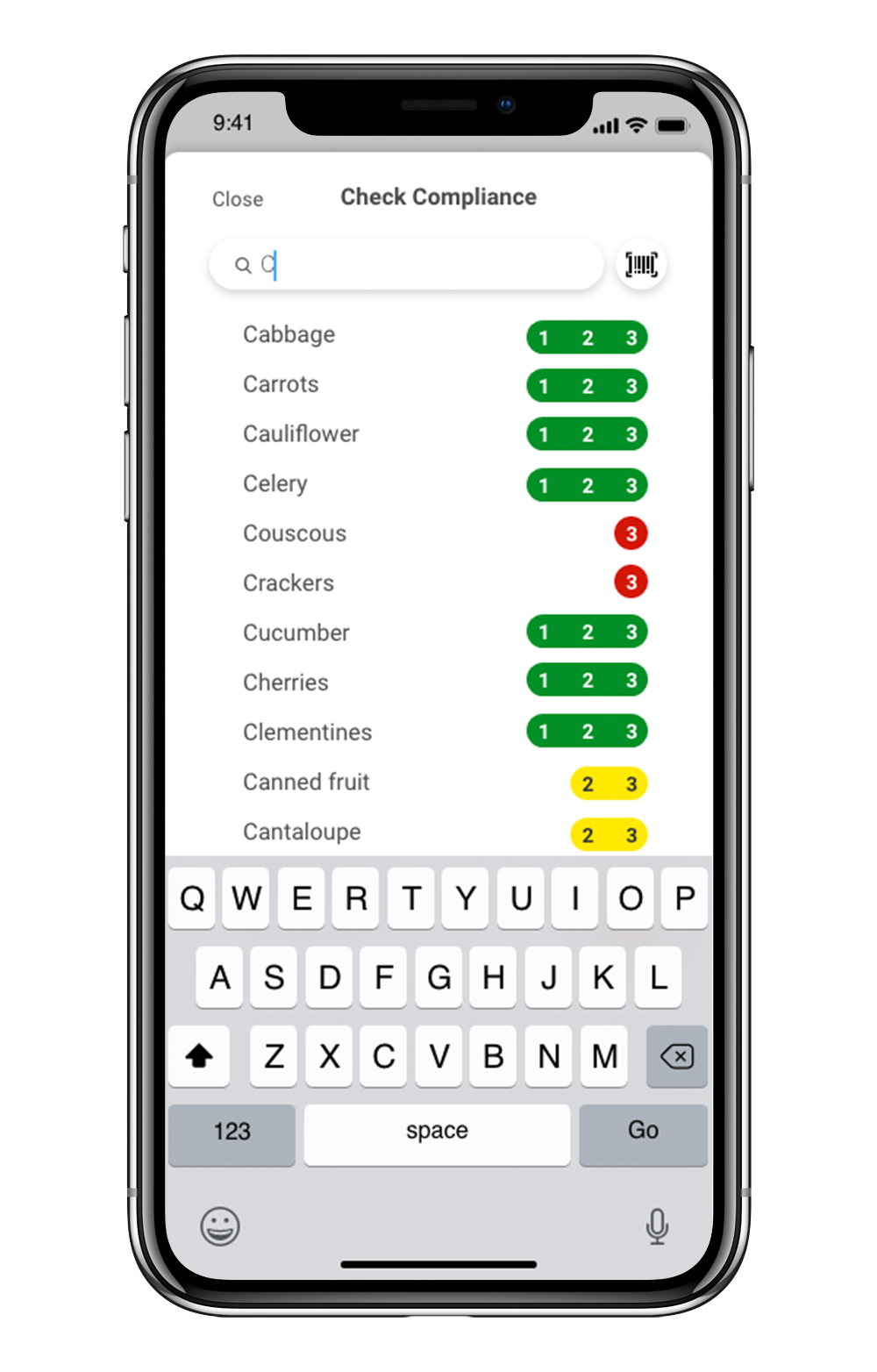 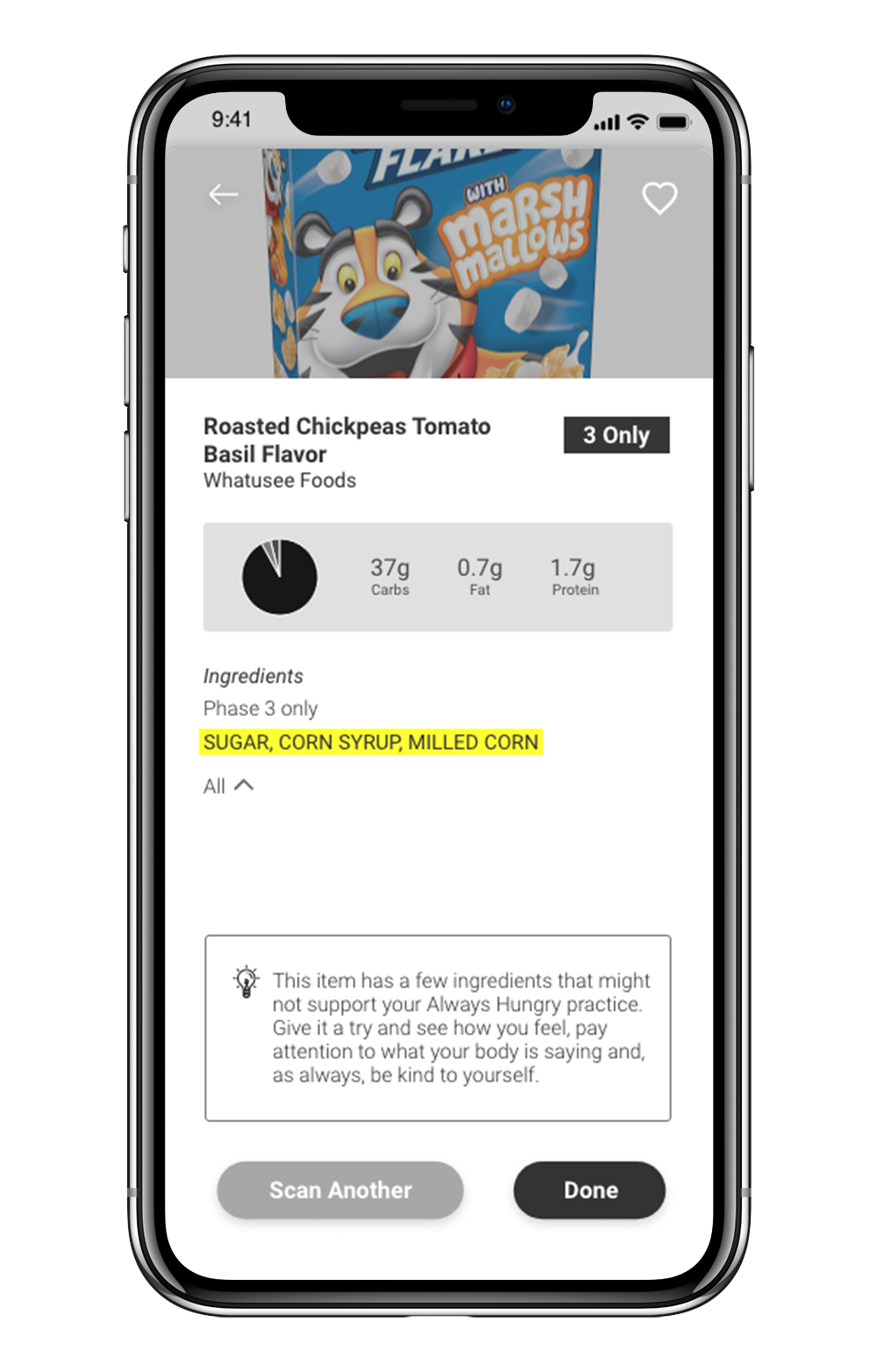 My wonderful co-worker, Katelyn O'Brien, took my wireframes and applied the brand from the Ludwig's website and books. I provided feedback, but this work is hers. 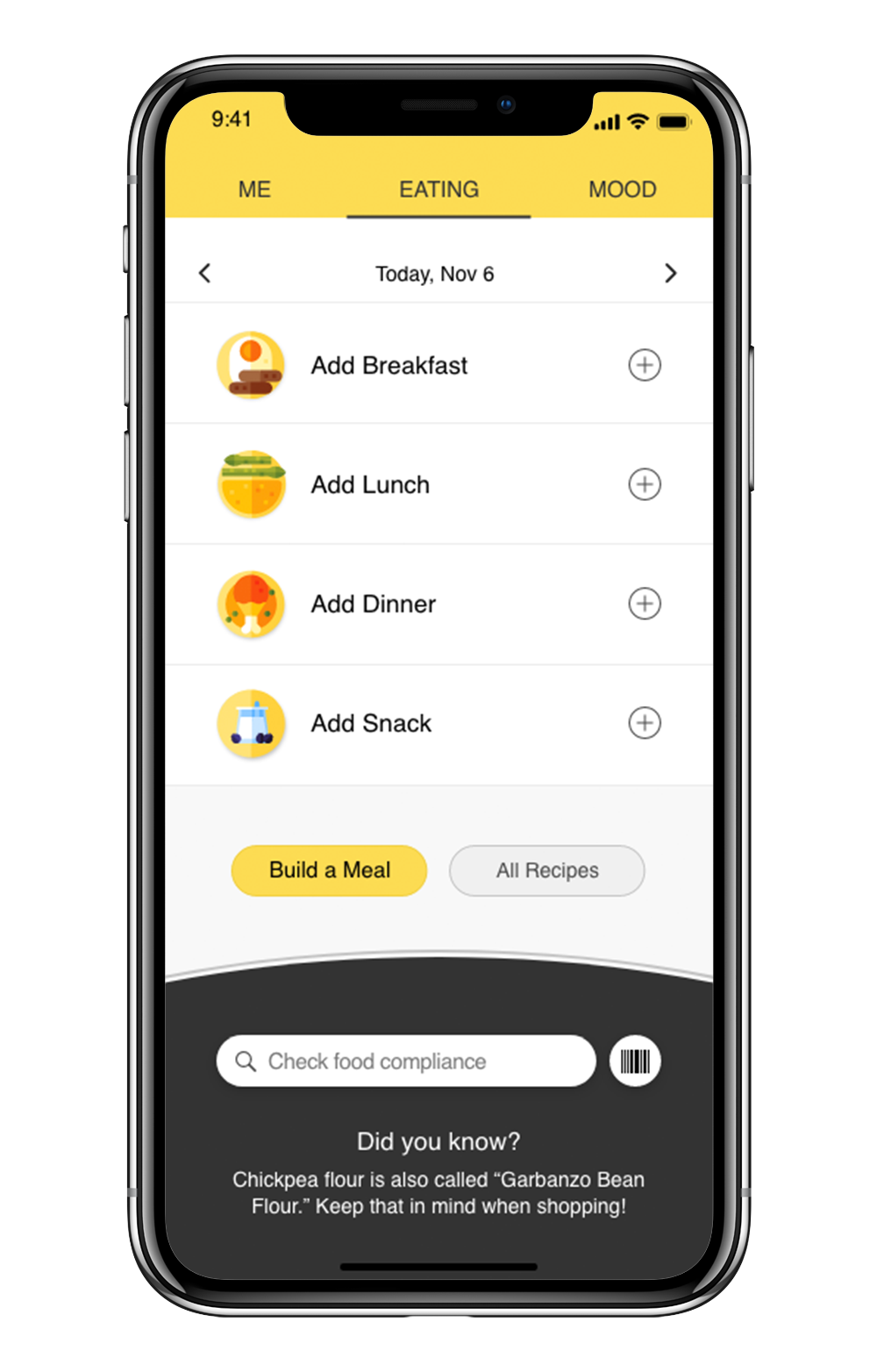 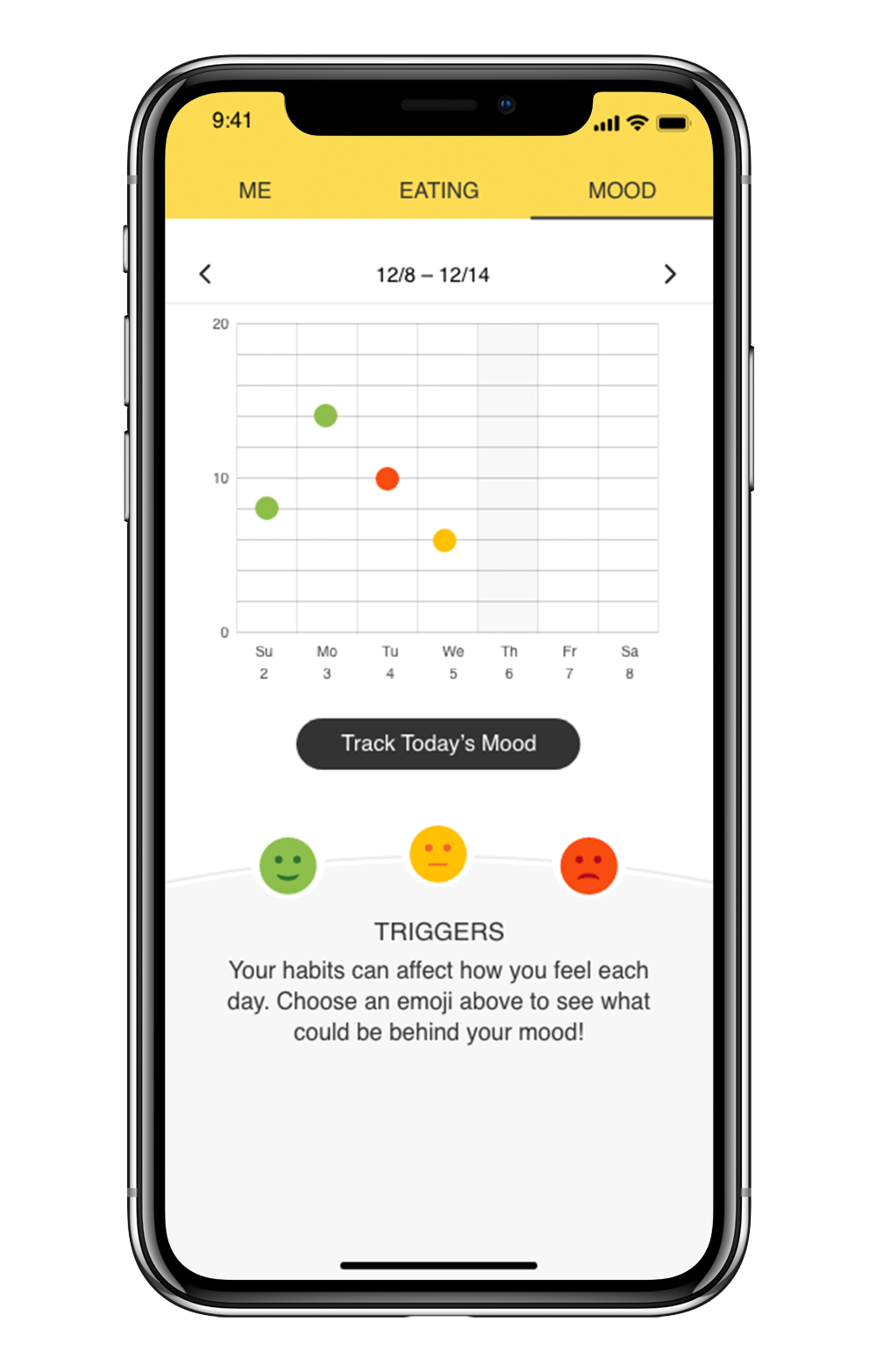 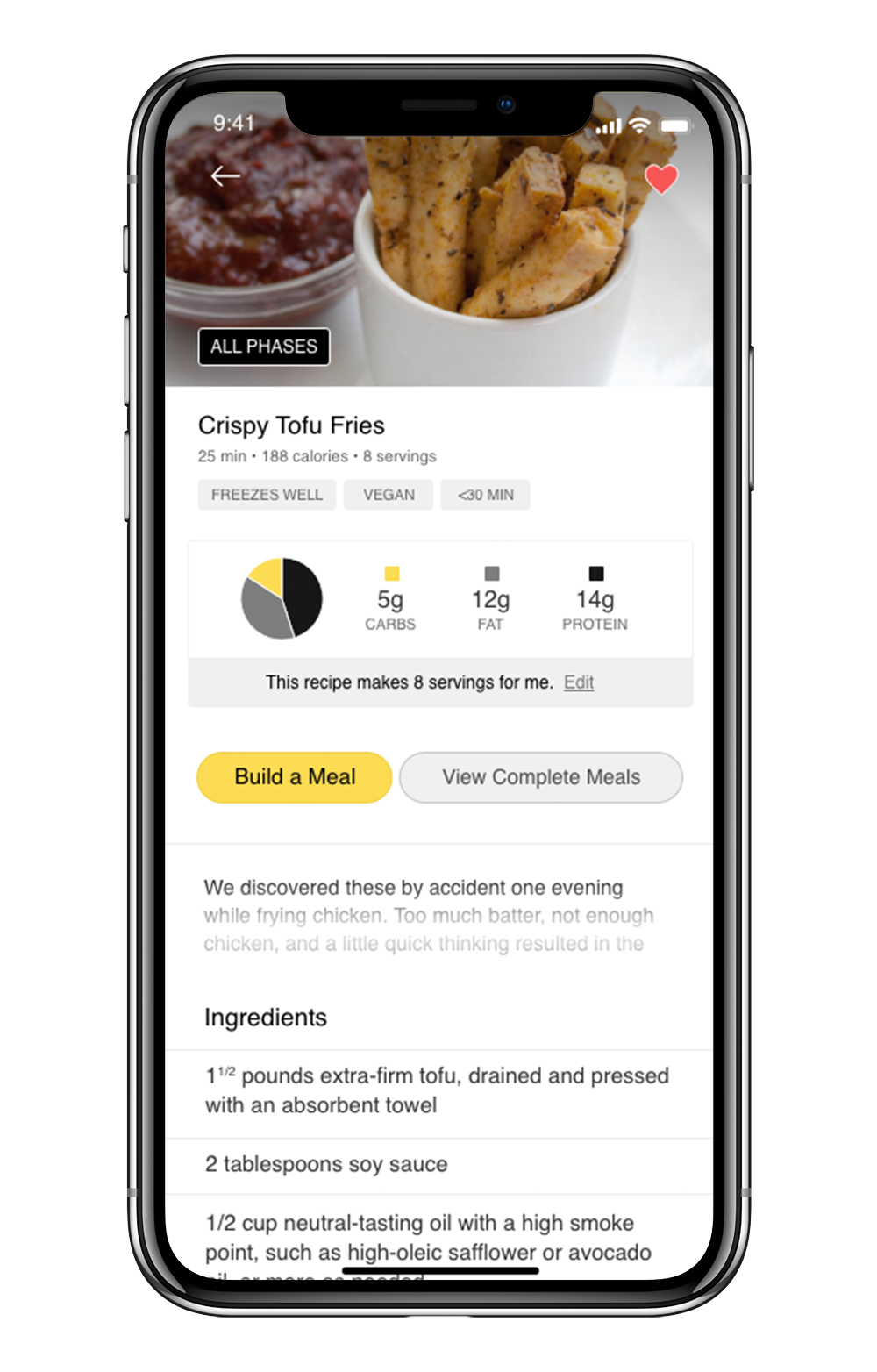 As of Feburary 2021, I am working with an external development firm to bring the MVP app to life. This project was a great opportunity to run a larger-scale user research study. I learned a lot about how to take findings from research and incporate them into designs, while also considering the client's expectations. I also gained comfort working with a client and iterating based on their feedback.